I Can't Hold Her Any Tighter

I love her like Johnny loved June Carter
Each day a little deeper in the fire
But the flames don’t burn, they don’t even hurt me
And nothing can quench this burning desire

Back in 2013 I happened to be thinking about the fact that I'd never had any experiences with psychedelic drugs (still haven't), but I was curious. So I asked a few friends to tell me about their experiences, and then I wrote them up and called them Second Hand Trips. This was the first one....

We are sitting across from each other on the two twin beds in my bedroom, one on each bed.  I don’t know how long it has been since we ate the acid, because time has ceased to exist.

I have Oreos.  My friend does not.  She says, “Give me an Oreo”.  But, I don’t.  She says it again, “Hey, give me an Oreo”.  I still don’t.  There’s no reason, I just don’t.   One more time she says, “Give me a fucking Oreo”.   Quickly, too quickly for normal eyes to even see, I pick up an Oreo and throw it at her, as hard as I can, sideways, Frisbee style, propelled by the force of my index finger at top speed.  As soon as it leaves my hand it slows down.  Everything slows down.  My heart, the breeze, the particles of light….and the Oreo….everything is moving in slow motion.  My friend, also very slowly but with maximum effort and super-human grace, dives off the bed she’s sitting on (because my throw is way off target).  She stretches out her hand toward the Oreo, her body suspended in air, moving, but just barely.  It’s like she’s flying, except nothing can fly as slowly as that.  And it’s not floating, either, exactly, because it’s so full of purpose and direction and focus:  she must have the Oreo, I can see the determination in her eyes…eyes which haven’t blinked in the hours it seems to have been since she leapt off the bed, reaching desperately for the cream filled cookie.

Finally, after an unimaginably long time, she has the Oreo in her hand and is lying on the floor.

How much time had passed?  2 seconds, 2 minutes, 2 hours, 2 days, 2 eternities?  It doesn’t matter.  I threw it, she caught it.  My eyes know what they saw:  my friend flew in slow motion across my bedroom and caught the Oreo cookie she needed so badly.  It’s impossible, but it happened.  I know what I saw.  But maybe I’m the only one.   Maybe it didn’t seem the same to her.

nighttime snowfall
covers all
in blackness and white

Ah, well, like Lou said,
those were different times.
It was weird to be weird,
now it’s commonplace.
Still there’s one thing that hasn’t
ever really changed:
You still take a big chance
just by having a face.
Richard Hell told you so,
And he ought to know.
It’s still a mixed-up world,
Just as muddled- and shook-up
As it was when the Kinks
Sang that song about Lola.
And, yeah, it’s been raining,
Like Dylan said it would,
Sometimes it’s rained pretty hard.
But some stains won’t wash off,
And some ghosts never die.
It’s way past the time for your tears.
Windy has stormy eyes,
Everyone knows it’s true.
And downtown, Petula said,
Is where everything waits for you.
But the wind that fans the flames
That would burn your downtown down
Was blowing long before
Thomas Jefferson
Ever declared a thing.

This song pumps out of my heart’s echo chambers
and finds its way to you, seaside walking.
Such is the miracle of us:
time and space collapse and we collide,
you, seaside walking, and me here typing this song.
Each morning I peer out from half-closed eyes,
see the sun shine in my window.
A blink and it’s over, a blink and it’s gone,
and I am lying my head down again
to sleep the night away.
The days roll by and away
beyond the horizon.

Yet such is the miracle of you:
the world remains whole,
grows warmer, brighter,
day and night,
beneath the blazing glory of you,
and time and space collapse and we collide,
you, seaside walking, me here typing
this song from my heart to yours. 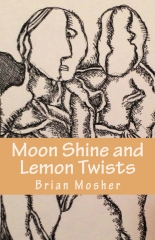 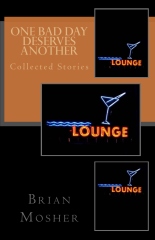